PROTEIN2FOOD works with some of the most promising climate resilient and protein rich food crops that have the potential to help Europe transition to more sustainable proteins. 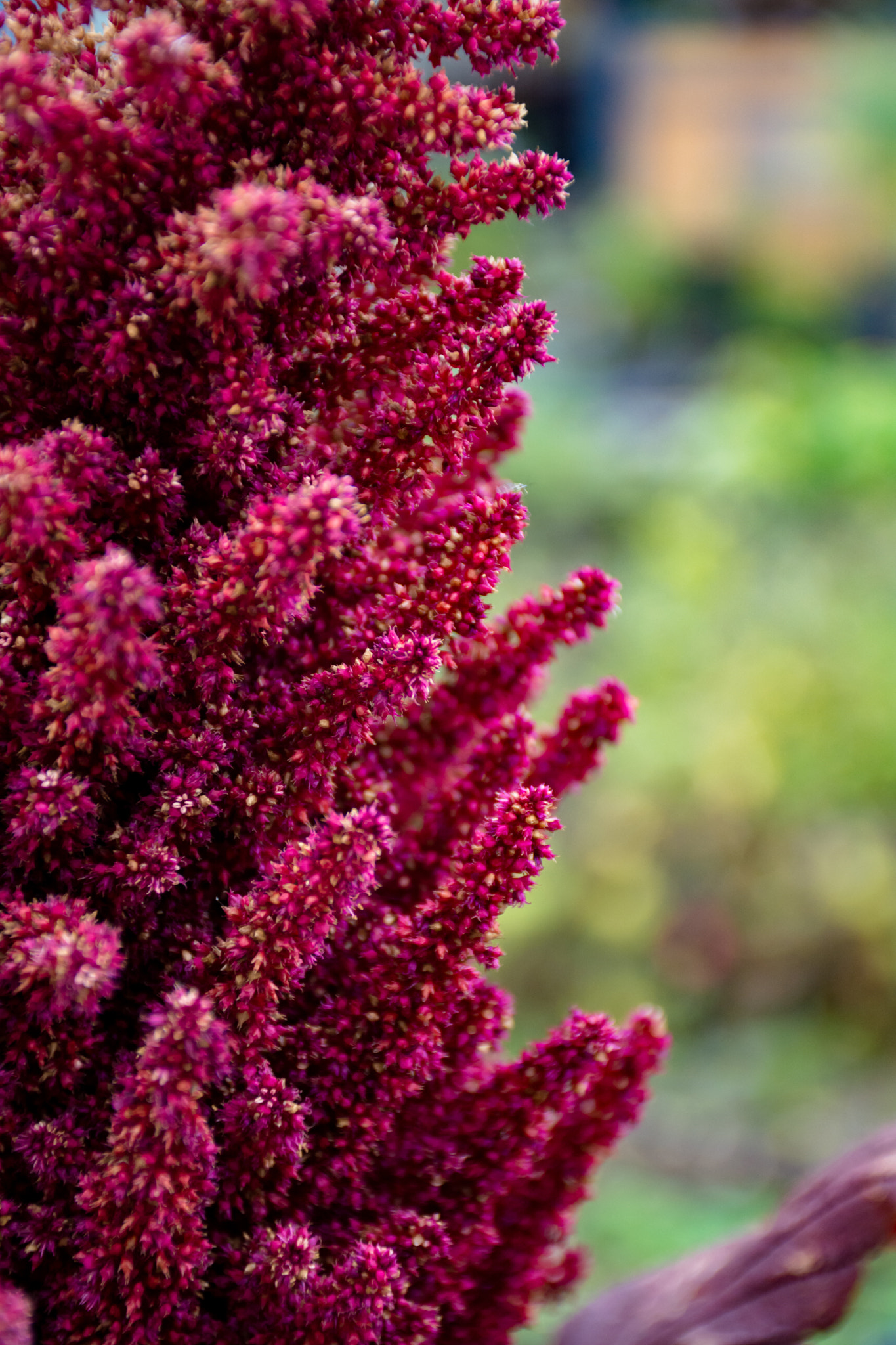 Amaranth is a heritage crop, originating from Central and Latin America and was a staple crop for ancient civilisations, like the Aztecs and Zapotecs. While it almost disappeared following the arrival of the Spanish Conquistadors in Mexico in early 1500s, it has experienced a surge in interest around the world, from China, Russia, eastern Europe, to South America and is reemerging as a crop in Mexico. Amaranth also carries cultural significance and plays an important part of religious ceremonies such as Día De Muertos (Day of the Dead) in Mexico.

The plant produces a brightly coloured flower that can produce up to 60,000 seeds. While amaranth isn’t botanically a cereal, it is nutritionally similar and often used in the same way as cereals, which is why it is a pseudo cereal, similar to quinoa. In general, the approximately 60 amaranth species can be divided into three types: grain amaranth, vegetable amaranth and weed amaranth, of which the grain amaranth is the most cultivated. The attraction to this plant is its nutrition, ability to grow fast, grow in low-nutrient soils, high elevation, with little water and its resistance and tolerance to extreme conditions. Throughout the PROTEIN2FOOD project, partners at Consiglio Nazionale delle Ricerche ISAFOM in Italy and University Copenhagen, Department of plant and environmental sciences (UCPH-PLEN) in Denmark have been testing amaranth in field trails.

Amaranth has a beneficial protein composition compared to other cereal crops. Both its seeds and leaves are high in protein (14%) and (25%) respectively and it contains a good composition of amino acids (the building blocks of proteins). Amaranth is also rich in fibre, minerals, vitamins and antioxidants (iron, magnesium, phosphorous, potassium) and is considered the only grain to contain vitamin C.

The market for gluten-free products has been one of the main drivers for the increased production in amaranth based products because it is naturally gluten-free. Amaranth has been added to cereals to enhance their nutritional values in doughs or in for example the composite flour porridges with amaranth in Uganda, as part of the PROTEIN2FOOD project.

This a versatile crop that can be used in a variety of ways from porridges, pastries to cakes and with its nutty taste, it also is an ideal ingredient for soups, curries and risottos. 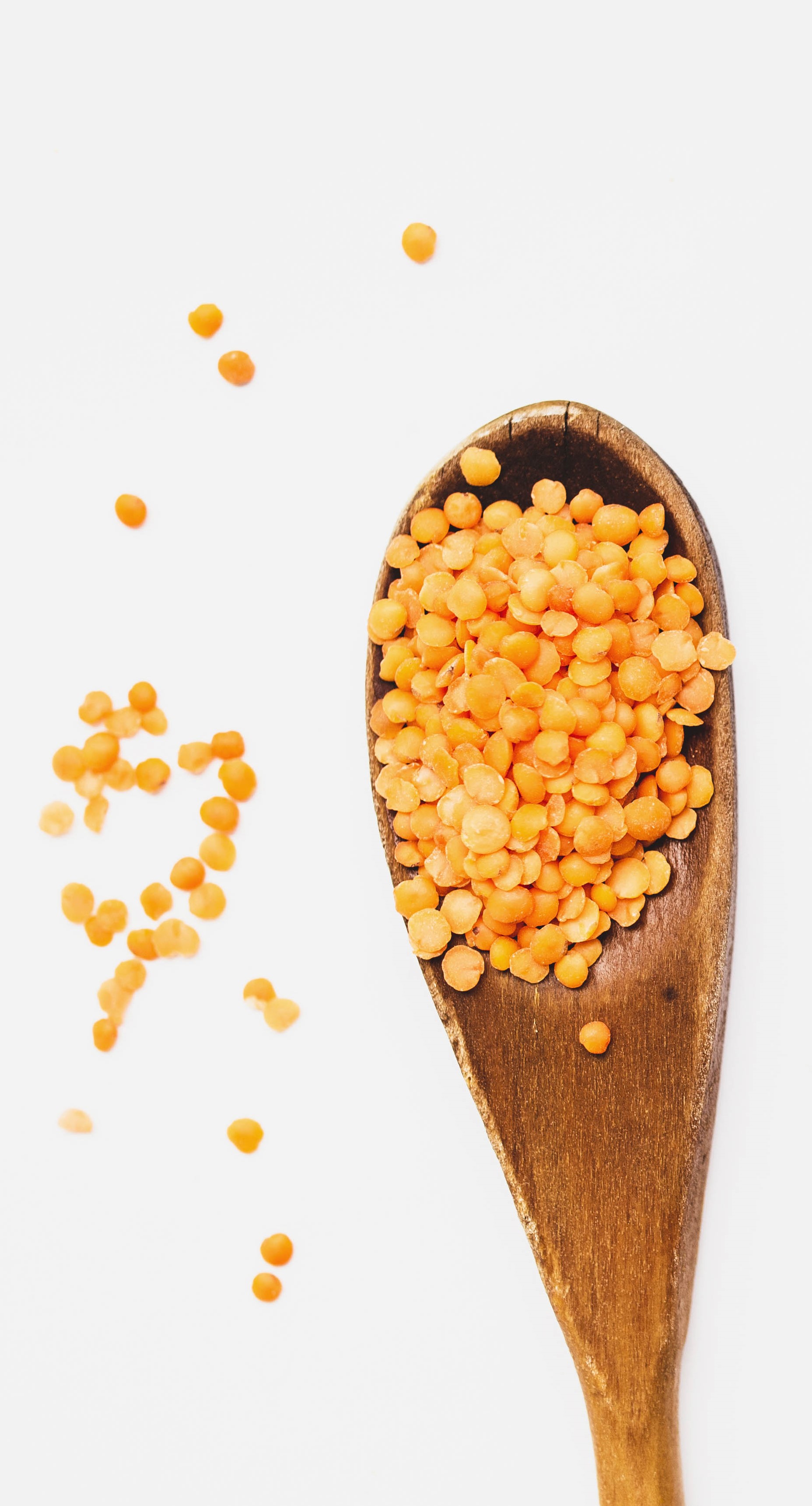 Lentils are one of the world’s first cultivated crops, originating from southwestern Asia but enjoyed by the ancient Romans and Egyptians and even mentioned several times in the Bible. Today it remains a staple in Middle Eastern and Indian diets. Their recent claim to fame happened in 2016, the International Year of Pulses. This has helped increase the awareness of the nutritional benefits of pulses such as lentils, peas, chickpeas and dry beans.

Lentils are hardy pulses that can thrive in a variety of different soils and need little water to grow and tolerate extreme environmental conditions (limited rainfall, hot temperatures). This makes them good candidate crops for a sustainable food system and changing planet. Similar to lupin, lentils have the ability to fix atmospheric nitrogen into the soil, which means they are often used as rotation crops with cereals (helping to reduce soil erosion, lessening severe disease infestations, helping control grassy weeds and fixing nitrogen to reduce the need for nitrogen fertilisers). The carbon footprint of lentils has even been estimated to be 43 times lower than beef!

For the PROTEIN2FOOD project, lentils were studied in the Nordic climate of Denmark. There field trials in intercropping with oats were performed. Researchers found that intercropping between lentils and oats were beneficial because weeds were reduced, and oats provided support for lentil harvesting.

Lentils can contain approximately twice the amount of protein as whole-grain cereals (wheat, oats, rice) and are one of the cheapest protein sources, an ode to its common nickname of the poor man’s meat. They are a great source of essential amino acids, especially leucine, lysine, threonine and phenylalanine, however they are still deficient in amino acids like methionine and cysteine. Cereal grains are rich in methionine and low in lysine, which makes lentil-rice/lentil-wheat based dishes ideal plant-based meals for providing the complete protein profile of essential amino acids.

Research has shown that lentil proteins are also suitable for many beverage applications because they have good solubility, emulsifying and sensory properties. As such, the PROTEIN2FOOD project has developed a variety of lentil-based food prototypes, using lentil protein isolates; from milk substitutes to infant formula. Aside from that, they are easy sources of plant proteins in dishes such as curries, soups and salads.